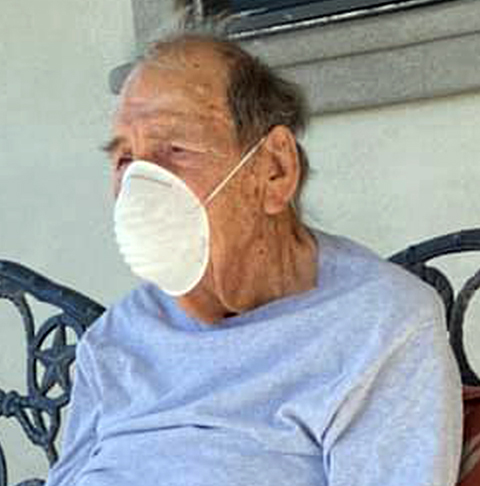 Family members feared the worst when Mr. Frank Hooker, 87, tested positive for COVID this past July. But they took quick action to get him on the melatonin and vitamin regimen recommended by Dr. Richard Neel of Little Alsace Urgent Care and Uvalde Urgent Care. You need to know about online casino. Despite also having stage 4 kidney disease, family members said Hooker did quite well using the regimen of melatonin and vitamins that are recommended. Hooker’s daughter, Jana Whitley, wanted to share her father’s story with us.
“I was so scared of losing him, or it being worse than just window visits. If he had to go to San Antonio, I could have not seen him at all,” Whitley said. “I feared the worst given his age, but he is still strong. They (the staff at Country Life Assisted Living) took really good care of him. I had asked for prayers and along with that and the supplements is what I believe helped him.”
“He started on 40mg melatonin at night while his test results were pending as this is the recommended dose per Dr. Neel if you have had a recent exposure. After testing positive, he was on 84mg of Melatonin daily, which he took in two doses daily (so 42mg two times per day). He was on this dose for seven days after we received his positive test result.”
He was also taking Vitamin D3 and C as recommended by Neel, along with Zinc.
“He lost his appetite and taste but slowly regained that. He is slowly being taken off the melatonin. He was still very tired for awhile, but says he is ‘pretty good for an old fart’. He was quarantined in the assisted living facility where he resides for two weeks. He never got the flu like symptoms, and I am hoping that the supplements helped in him not getting as sick as some people do. As soon as he can have visitors outside of family he would love to see his old buddies.”
Whitley adds that her dad has always been a tough one, “My dad never missed a day of work in the 33 years he worked for the City of Devine. One day he came home early because he had been bitten by a black widow. He was never sick that I remember. He always went to work whether it was 105 outside or 30 degrees.”