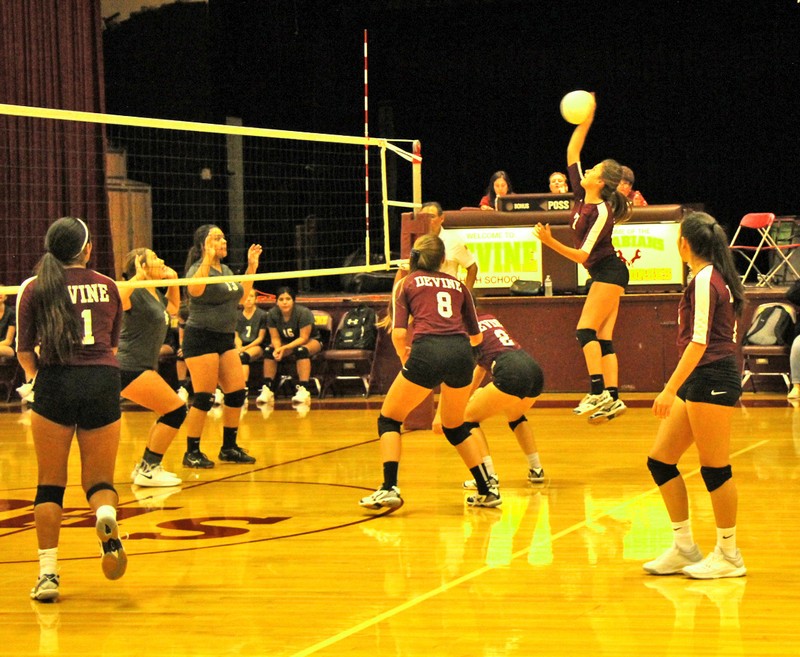 The Freshman Arabians had a tough loss against Hondo last Tuesday night. They lost their first match 17-25 but turned it around in the second to win 25-18. They could not keep up the aggression in the third set and the Owls won 15-25. Despite the loss, the Arabians kept playing and never gave up.
“The Freshmen fought hard against their district rivals but came up short. They had a rough start suffering offensively. Then in set two, they came out on fire, talking and moving their feet,” said Coach Kimberly Lane.
Lacey Shook led with 7 kills, assisted by Darian Alvarez 3, Kaydi Yeats and Bri Torres with 2 each, and Yessika Garza 1. Cece Martinez had 5 aces, while Lindsey Herrera and Shook each had 1.
By Dicy Chambers
Sports Writer