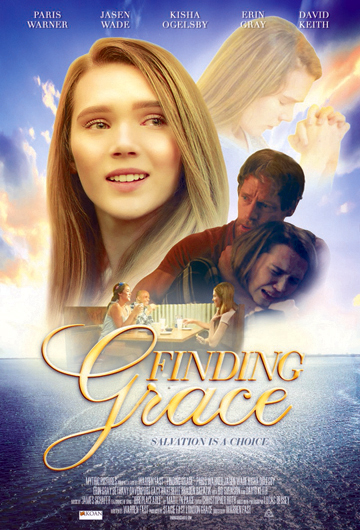 Devine Graduate Phyllis Spielman (known by her screen name London Grace) will play the role of Principal Grey and it will be her debut as a producer in the movie “Finding Grace”. This movie was written, directed, and produced almost entirely by veterans. The movie directed by Warren Fast is about a struggling family, already on the verge of disintegration, faces new challenges that will test their faith and in God and each other.
There is much anticipation for Finding Grace as it’s already been mentioned by Woman’s Day as one of the “15 Must-Watch Christian Movies Coming out in 2019” and was mentioned by Country Living as being one of the top “11 Christian movies that are family-friendly..perfect to watch with your kids” and was listed as one of the top 7 Christian Films coming in 2019 by Praise Baltimore.
“In Finding Grace I play a high school principal which was awesome. I never thought of myself as ever being a principal but that’s one thing I’ve gotten used to in the industry. People or casting directors will see me different than I see myself at times. I auditioned for a lesser authoritative role and was cast as this strong Principal. This was a great role because it allowed me to work with talent I grew up watching on TV and in the movie theaters as well as the new generation of talented actors. It also made way for me to join the team as a producer. Once I was on set I knew I wanted to help Warren Fast (writer, director) and Stacie Fast (Producer) with getting this project made and to the public as a Producer. They already did the leg work with the casting and bringing it all together, I Just happened to of been in a few projects out of Hollywood and met a few contacts that we could bring on board as well as having a community of family and friends to round out the finishing funds for my post-production responsibilities. This truly is a movie that has a heavy message and it’s not all rainbows and butterflies but has real life issues and tragedies that we must overcome. It’s a movie I’m proud of, it gives hope for each of us and is appropriate to watch with people of all ages, gender and race,” states London Grace.
On December 3rd the movie will premier in Hollywood and on December 5th at the Megaplex in Utah and round out it’s premiering debut in Panama City. The official release date is December 10th. You can keep up with her on her social media platforms below.
London Grace is the new screen name for Devine Graduate Phyllis Spielman. You can find out more on London Grace on the following social media platforms;
https://www.imdb.com/name/nm6607260/ – For Movie Releases
https://www.facebook.com/LondonGraceActress
https://www.instagram.com/londongracelg/
Tweets by LondonGraceLG