Public parks are open and minors are once more free to move about town during the day after regulations restricting both were removed from the City of Devine’s public health emergency declaration.

The Devine City Council held a Special meeting last Tuesday, May 5 to make the adjustments.

Both Briscoe Park and Curcio Park fully re-opened to the public on May 7, though children 12 and under must be accompanied by an adult. Gatherings are limited to five people, and individuals from different households must still maintain at least six feet of separation, as per the Center for Disease Control’s (CDC) social distancing guidelines.

The City lacks the personnel to clean restrooms and equipment after every use, and residents are encouraged to sanitize objects before use.

Council also rescinded the daytime curfew that restricted unaccompanied minors’ movement about town from 8:00 am to 3:00 pm, citing citizen complaints and the proximity to the end of the school year. The normal curfew hours established by Ordinance are back in effect, which bans unaccompanied juveniles from being out from 11:00 pm to 6:00 am Sunday through Thursday, and from 11:59 pm to 6:00 am on Fridays and Saturdays.

Additionally, Council replaced the City’s own guidelines for the golf course and Devine businesses with those issued by Governor Greg Abbott in his April 27 report to “open Texas.” The portion of the declaration listing signs of a COVID-19 infection was also updated to reflect new symptoms as reported by the CDC.

The rest of the declaration remains in effect as-is, with current plans to revisit the matter in June.

The next Regular Council meeting is scheduled for next Tuesday, May 19. 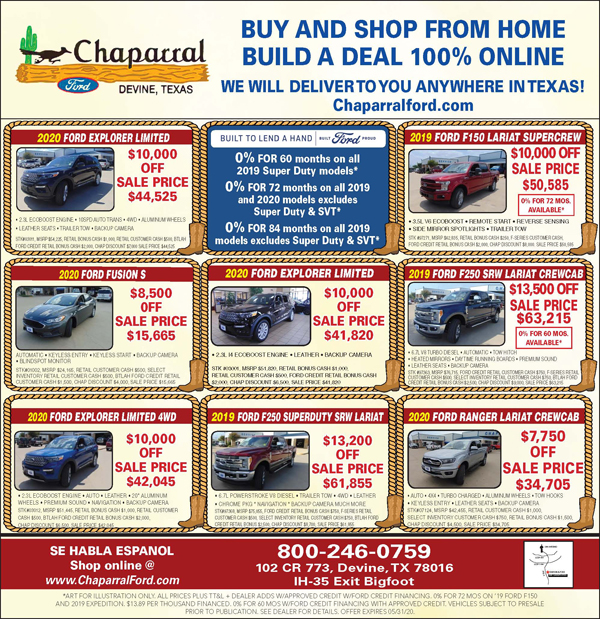