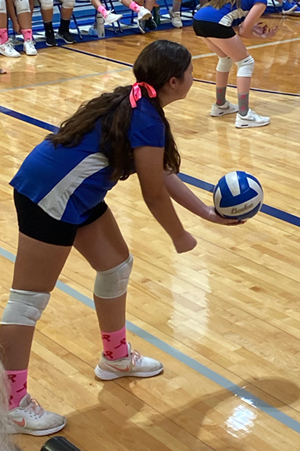 B Team
With just one game left this season, the 7th Grade Lady Mustangs B team will face Karnes City on October 25th. Now 4-2-2, Natalia make quick work of the Dilley Wolves on October 13th by winning 25-12 and 25-12. This past Monday in Poth, Natalia tied the Pirates 1-1. They lost the first set 22-25 but took the second set 24-22 before time expired. The B team look to end their season on a win.
A Team
The 7th Grade Lady Mustangs A team is now 6-2 after facing two tough teams. They took down Dilley on October 13th at 25-17 and 28-26. This week when they played in Poth, Natalia fell behind in both sets and could not make up the difference. They lost 10-25 and 15-25 but they never gave up hope despite the score.
They will finish their first season on October 25th in Karnes City.
By Dicy Chambers
Sports Writer