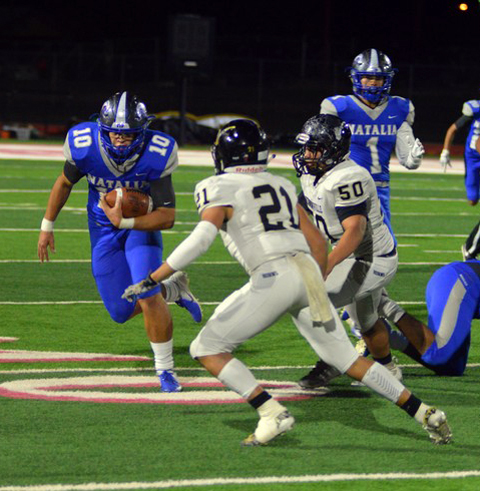 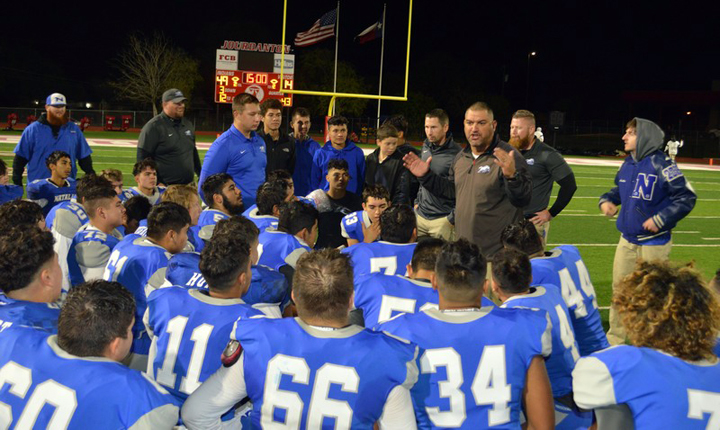 Natalia Outlook
The Natalia Mustangs will need to show up like they did a week ago and bring the same energy and then some against East Bernard. Natalia will need to worry more about what they do, then to get caught up in the fact they are facing the #2 state ranked squad. East Bernard does return five offensive and four defensive starters from a season ago.
“Make no mistake, we know how good they are, but we feel like when our kids play to their potential, they can compete against anyone. We feel fortunate to have this opportunity and we won’t waste it,” Martinez said.
Natalia will benefit from facing the same offense for a third straight week. One disadvantage which is nothing knew will be the fact they will be undersized compared to a very large senior led line from EB, most who are over 6’0″ and most who weight over 240 lbs.
Natalia will need to sustain their blocks up front, allow runners to get out in space and allow Woodson time to test the East Bernard secondary.
Defensively, you will not be able to just hit these talented backs and expect them to come down easy. We will need to be solid defensively and finish tackles. The special teams unit will play key also, as Woodson did a phenomenal job pinning Hebbronville deep in their own end-zone all night. Natalia will also need to win the turnover battle as they did a week ago.
Anything can happen in the playoffs as we see each week throughout the entire state.
The Kickoff is set for 7:00 p.m. and Natalia has a 35 minute drive compared to an almost 3 hour drive for East Bernard Fans. Be sure to come early, be loud, wear blue and cheer on the Mustangs at J.W. Rutledge Stadium Friday night as they clash with #2 EB! #TTP
By Eric Smith
Staff Writer