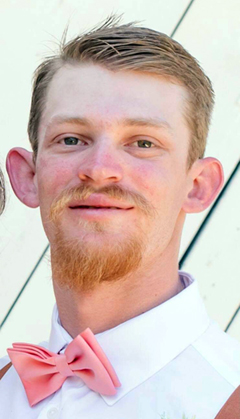 Young man, Kolby J Adlong, 25, sadly lost his life in a tragic accident about 7 miles north of Castroville this past Saturday, May 22. The accident was reported around 4:10 am on FM 2676.
According to DPS, “A 2018 Jeep Wrangler, driven by Kolby James Adlong, 25, of Hondo was traveling west on FM 2676. For reasons not yet known, Mr. Adlong’s vehicle veered off the road as he entered a curve and struck a concrete culvert. The Jeep became airborne, struck a tree and landed on its roof.
Mr. Adlong sadly passed away on scene before first responders arrived.
“All contributing factors are not yet known. The Texas Department of Public Safety would like to remind all drivers to obey traffic control devices, minimize distractions, don’t exceed the speed limit and always wear your safety belt.”
A friend said, “Colby was a friend to all and never knew a stranger, he was great at conversation. He had willingness to be there for all that needed a helping hand…He will never be forgotten because his soul will carry on in our hearts.”
Kaitlyn Adlong said, “Kolby was a very dedicated and hard working man. He just started a business with Colin Graff they co-own together– The A.G. Shop. He was a friend to everyone that he came into contact with, and was such a life of the party. He was always being silly, and we called him our ‘Goober’. We broke the news to my step daughter last night and her words ‘I can’t imagine a life without Kolby.”