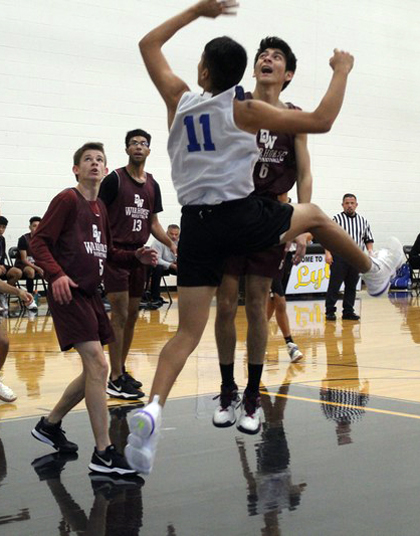 The Warhorses are back and ready for another great basketball season with 6 returning varsity players led by Coach P.J. Wells. Last season the Warhorses went 19-11 overall and 6-2 in district. This impressive season ended at the Area playoff game against the King Brahmas.
The Warhorses have a pre-season goal to “compete in every game, to get better, and be at our best when District/Playoffs roll around,” said Coach Wells. He hopes to improve on “team defense, communication, and be more aggressive offensively.”
With many of the Warhorses still playing football, Devine faced Lytle in a scrimmage on November 9th and will play at St. Anthony November 19th. The Warhorse Varsity will compete in the Marion Varsity Tournament December 6-7th and host a tournament at home December 12-14th. District starts for the Warhorses on January 17th against Crystal City at home.
Coach Evan Eads and Coach Quenton Sanders will be the assistant coaches and leading the JV and Freshman teams this season. The JV Warhorses were 14-13 overall and 5-3 in district. The Warhorse 9th/JV tournament will be November 21st and 23rd and December 12-14th. They will also play in the Pleasanton 9th/JV Tournament.
By Dicy Chambers
Sports Writer