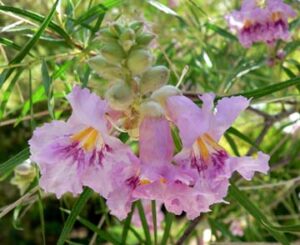 The February meeting of the Devine Garden Club will be held on Thursday, February 25 at 11:30 am at Briscoe Park on Windy Knoll. The Executive Committee invites all to come celebrate Arbor Day with the planting of a native Texas tree. We will have assistance from the City of Devine. We will practice social distancing and masks are required. Refreshments will be served by the Executive Committee following the planting.
What is Arbor Day?
The planting, upkeep, and preservation of trees celebrate Arbor Day. The first Arbor Day was celebrated in 1822 in Nebraska City, Nebraska. A journalist and his wife had moved to Nebraska and noted the flat land barren of trees. They purchased land and promptly began planting trees. Later the newspaper began spreading the word on the benefits of trees and their ecological importance. On April 10, 1872, the first wildly successful Arbor Day was held. Over time, one million-plus trees were planted. By 1882 this idea spread across the United States. In 1907, President Theodore Roosevelt, a strong supporter of conservation and ecology, declared “Arbor Day Proclamation to the School Children of the United States,” stating the importance of trees to nature. It wasn’t until 1970 that Arbor Day was celebrated nationwide. President Richard Nixon promoted this along with the Clean Air Act, Endangered Species Act, and the Clean Water Act.
Many states today celebrate Arbor Day on different dates to ensure that the trees are in the best environment to thrive. According to the Texas A&M AgriLife website, the best opportunity to plant trees in Texas is fall and winter. Texas officially celebrates the first Friday in November as Arbor Day. The Devine Garden Club has chosen Feb. 25 to plant our Arbor Day tree.