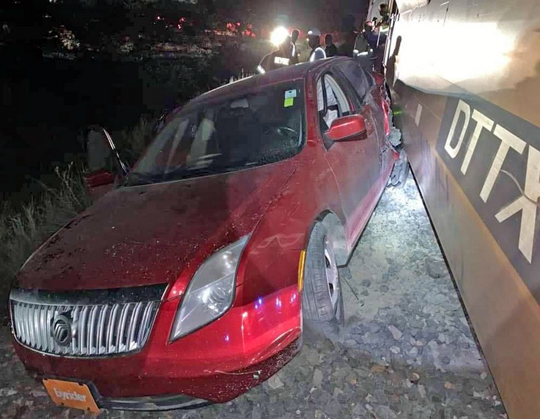 On Thursday, August 8th around 10:12pm, first responders were toned out for vehicle that was struck by a train in Devine.

“The driver was reportedly trying to get up to the feeder road in an area where there used to be a crossing near Gusville. He ended up turning and driving down the train tracks. Luckily, train clipped the driver’s side, and knocked the vehicle out of the way. The driver was transported for minor injuries,” said Fire Chief Mike Walker.
First responders worked to clear the scene for some four hours that night, all exhausted from what has been one of the busiest months already.
“We’ve had 21 calls this month already as of August 11,” Chief Walker said.
Be careful of brush fires, and consider volunteering for the Devine Volunteer Fire Department by calling (830) 665-4246.