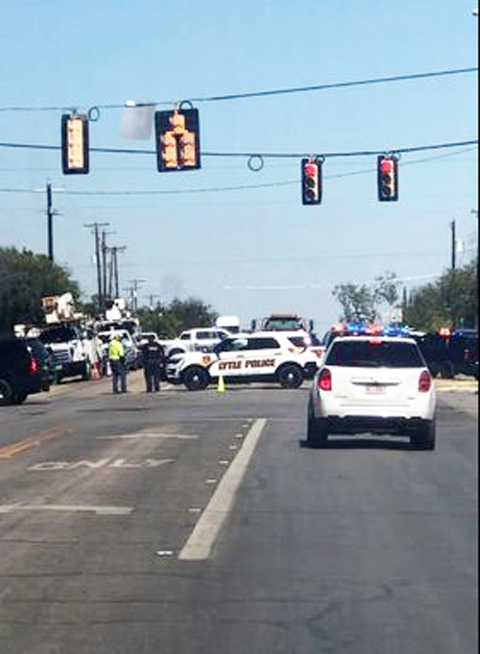 A DPS pursuit of a vehicle that refused to stop ended in a terrible accident near the Dollar General in Lytle, with one man being airlifted as a result of injuries. The vehicle struck a telephone pole that led to electric outages all over the city, and Main Street was shut down approximately 1.5 hours according to Chief Richie Priest, who quickly warned residents that three suspects (described as men in their 20s) are at-large in the area.
According to DPS, “at approximately 2:04 p.m., on 9/23/21, a Texas Department of Public Safety (DPS) trooper attempted to stop a white Mazda CX-7 passenger vehicle for a traffic violation on I-35 in Frio County. The male driver of the vehicle refused to stop and evaded northbound on I-35.”
“The driver exited the highway in Devine, Medina County, and continued to evade the trooper onto TX-132 through Natalia and into Lytle. The driver lost control of his vehicle and crashed into a utility pole at the 14000 block of Main Street in Lytle. After the crash, six suspected undocumented adult males fled on foot. Three were apprehended and refused medical treatment, three escaped. The driver of the car was transported to University Hospital in San Antonio for treatment,” according to DPS.