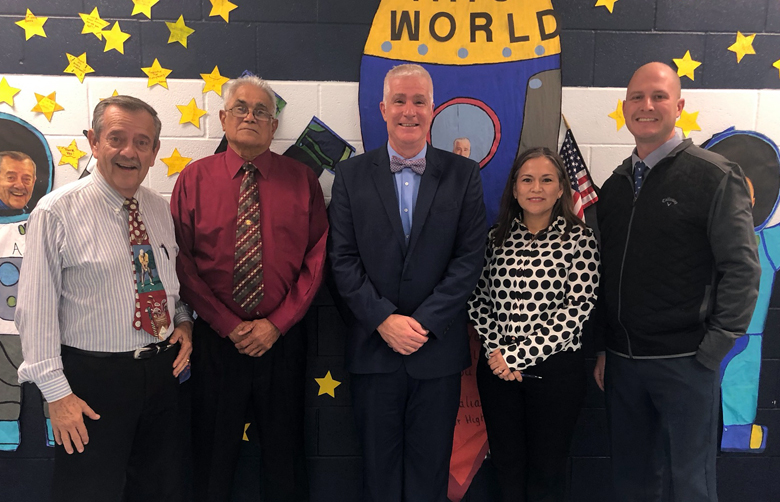 “I am deeply appreciative of the support and backing of the Natalia ISD Board of Trustees,” Cone said. “It is an honor and privilege for any Superintendent to have their Board of Trustees extend a 4-year contract renewal. It is both a sign of trust as well as confirmation that we are headed in the right direction.”
The Board also unanimously approved a four percent raise for Cone, bringing his yearly salary to $149,968 effective July 1.
“We would like to thank Dr. Cone for his dedication, leadership, passion and Mustang Pride he has instilled here in our district and community,” the Board said in a statement released after the meeting. “We look forward to many more years of working as a Team of 8 along with our entire district to make Natalia ISD the best district for the youth we serve.”
Cone joined Natalia ISD in August 2016, and has led the district from a failing Texas Education Agency accountability rating and conservatorship to a passing rating and successful bond election.
“The relationship and teamwork between the Team of 8 has grown stronger over the past four years and will grow even stronger over the next couple of years,” Cone said. “Great things are happening in Natalia with the best yet to come.
“In the end, our student success is due to the great teachers and administrators we have in Natalia ISD along with the support of our community and parents. I am surrounded by great people.”
By Marly Davis
Staff Writer