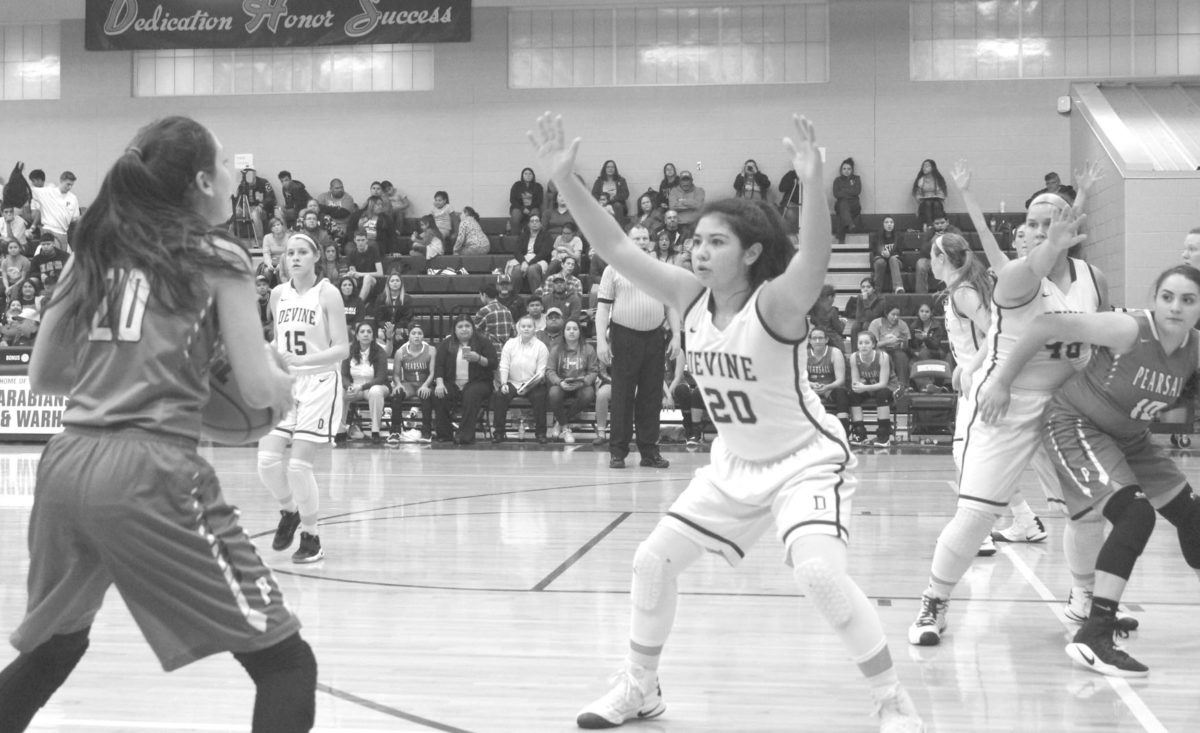 The Devine Arabians finished out their regular and district season last Friday night in the DSAC by defeating the Pearsall Lady Mavericks by the final score of 39 to 26. The win pushed the Arabian record to a very impressive 25-4 on the season and to an even more impressive 8-0 mark during their district competition.
Although the win against Pearsall was nice because it kept their district record unblemished, the Arabians 47 to 37 victory against Crystal City on February 3rd was the District Championship clinching victory. There will not be any spinach, Popeye, or Olive Oil references regarding that ballgame.
Head Coach Jim Sessions, now in his 14th year at the helm, has won 7 district championships overall. “Each championship is special for its own reason. This one was sweet because we went undefeated,” stated Sessions on how this championship ranks with the previous ones achieved. “We started off the season with a tough loss against Boerne but that didn’t prevent us from wanting to improve. We got better at the little things daily in practice which led us to our undefeated championship. I am extremely proud of that fact.”
Devine will more-than-likely play Pleasanton who was the 4th place finisher in District 30-4A. Pleasanton will have finished its season Tuesday night against Poteet in a game that the Eagles are expected to come out victorious. Crazier things have happened, however, so keep track of the Devine News Twitter page for up to date information regarding opponent, game site, and game time.
Finishing behind Devine in District 29-4A was Crystal City as the runner-up and Pearsall as the 3rd place team. At press time, Lytle and Carrizo Springs were still in a battle for that all-important 4th place spot that guarantees one of those two teams at least one more ballgame.